Our Board is led by dynamic leaders of the live entertainment community, elected by the professional membership. Elections are held annually beginning the third Monday in April and the new board begins its term on July 1.  All Professional members of the association are eligible to vote and to hold office.

Board members serve as volunteers on rotating two- or three-year terms. The Stage Managers’ Association Board currently meets online 10 times a year; at the Annual Meeting of the membership each June in Manhattan; and as issues dictate.  The work of the Association is undertaken by our active committees dedicated to achieving our fundamental missions: to recognize, educate, gather together and advocate for members working in the entertainment profession. 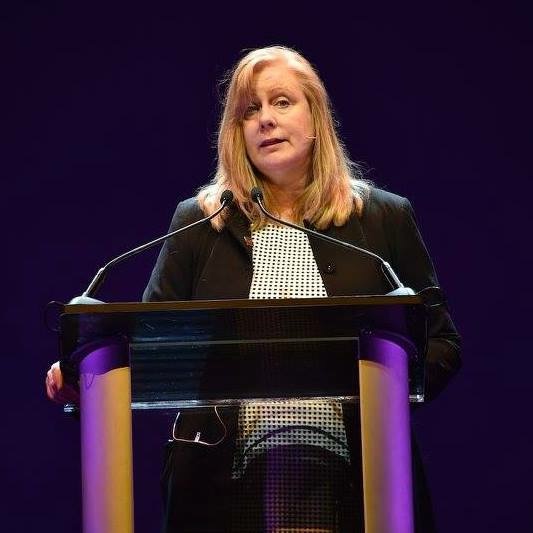 Elynmarie is in her fifth term as chair, Her stage management work has been mainly in regional theatre and on international tours.  In NYC, she has stage managed for Brooklyn Academy of Music and served as a producer or production manager there for more intimate plays. As regional stage/production manager she has worked with companies such as the Sacramento Theatre Company, San Diego Opera, LA Classical Ballet, Long Beach Opera, The Cleveland Play House, Chanhassen Dinner Theatre, the Taper Too and others. In Los Angeles, her long-running shows include Bent (Coast Playhouse) and Time Flies When You’re Alive. She is the creator of the USITT Stage Management Mentoring Program and has created stage and production management curricula for a number of University stage management programs.  She is currently a member of the Board of Directors of USITT and Ohio Valley Regional USITT.  She is a USITT fellow and a member of the National Theatre Conference. For more info see profile page. 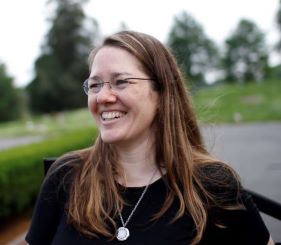 Cynthia Hennon Marino is a AGMA and AEA freelance stage manager who has spent the past 10 years primarily in opera.  She was Director of Production at Tri-Cities Opera for 2 seasons, and is now Director of Production for Teatro Nuovo (summer Bel Canto program) and the new Death of Classical (in NYC).  Her passion is in new/modern operas and non traditional venues.  Some favorite productions and venues include the Catacombs at Green-Wood Cemetery, The Handmaids Tale at Boston Lyric Opera in the Harvard Laviete’s Pavilion, Hydrogen Jukebox at Long Beach Opera at a remodeled 1940’s warehouse at Port of LA, the world premiered of The Nefarious, Immoral, but Highly Profitable Enterprise of Mr. Burke and Mr. Hare with Boston Lyric Opera at the Cyclorama and double bill of Il Combattimento di Tancredi e Clorinda  and I Have No Stories to Tell You with Opera Philadelphia at the Philadelphia Museum of Art.  Cynthia also has a podcast with her Technical Director twin sister, Stacy Hennon Stone, called Twins Talk Theatre where they interview backstage theatre professionals. 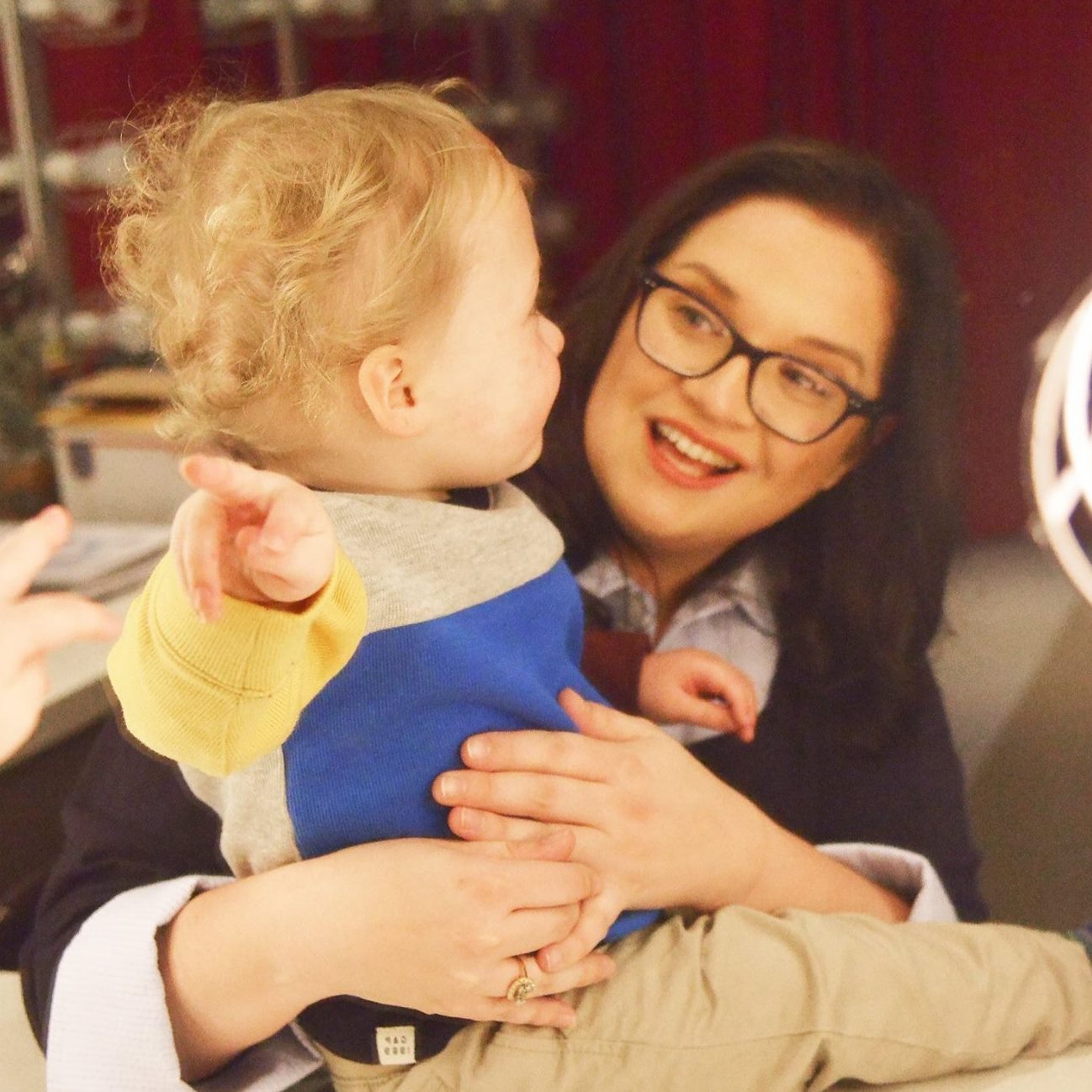 Amanda Spooner is an AEA Stage Manager and Educator, based in New York. She has worked on and off-broadway, regionally, on tour, on events, and in television.  She is the founder of Tandem, a peer-to-peer education program for theatre makers, and is an ambassador for the Parent-Artist Advocacy League; Amanda also serves on Council with Actors’ Equity Association. She advocates for economic equality in professional theatre, for families, and for greater visibility for Stage Managers and spends a great deal of time on research and in discussion regarding these topics. Amanda was named an American Theatre Magazine “Person to Watch” and was featured on the cover of Equity News with her very busy toddler named Jack, among countless other articles and interviews. She received her MFA from the Yale School of Drama and her BA from San Francisco State University. In her spare time, Amanda fantasizes about making Mad Libs bios for programs and websites. 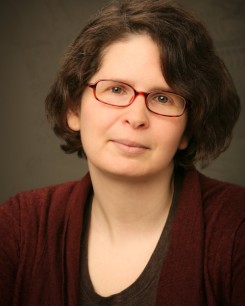 Hope is an Equity Stage Manager based in the Berkshires of Massachusetts. She has worked in various regional theatres throughout the Northeast in addition to touring with Montana Repertory’s productions. Training: Ithaca College and University of Toronto. 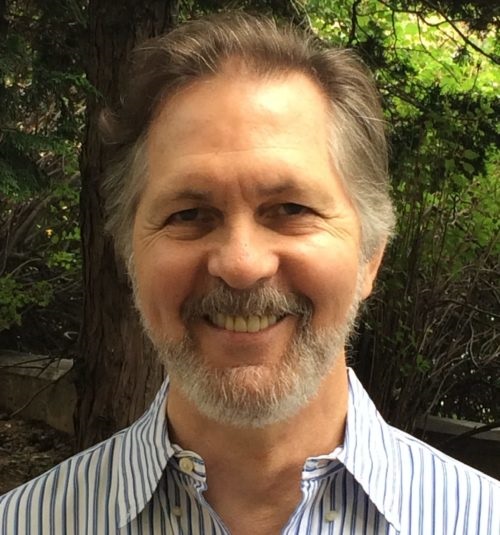 Bill Hare has managed plays and musicals On and Off Broadway and regionally; as well as industrials, opera, dance, trade shows, press conferences, and a symphony orchestra.

Broadway:  Rock of Ages, A Catered Affair, Company, Little Shop of Horrors; The Light in the Piazza, The Rivals, Dinner at Eight, Contact (at Lincoln Center Theater). NY City Center:  A Bed and A Chair, Irma La Douce, Tick, tick…BOOM!, Pump Boys and Dinettes, A New Brain, The Wild Party, Runaways, Jamboree!, The Bubbly Black Girl Sheds Her Chameleon Skin.  Off Broadway:  Passion (at Classic Stage Company), Rock of Ages (At New World Stages),  Regional:  Alley Theatre, The Old Globe Theatre, The Cleveland Playhouse, Arena Stage, Graduate of SUNY Geneseo. Claudia is the Coordinator of the BFA in Stage Management program at the University of Central Florida in Orlando. 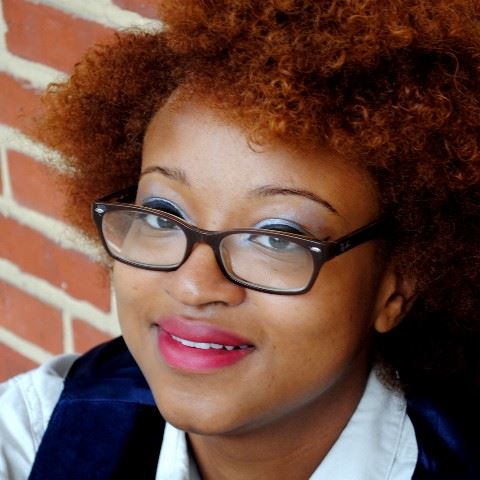 Oona Newman is an AEA Stage Manager based in New York City. She received her BA in Theatre Production and Design from Susquehanna University. She has worked both On and Off Broadway in shows such as Dance Nation, Choir Boy, and Ink. Oona is also involved in Tandem, a peer education group for theatre makers. Oona currently serves on the SMA Equity, Diversity and Inclusion Committee. 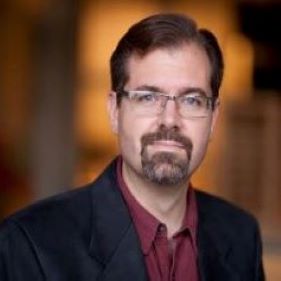 David J. McGraw is currently based (is any stage manager ever permanently based somewhere?) in Greensboro, North Carolina.  He has been an AEA stage manager in the Eastern and Central regions for 23 years and teaches at Elon University, having been the PSM/program head of the MFA program in Stage Management at the University of Iowa for 14 years.  David is honored to return to the SMA Board after serving as Second Vice Chair in 2007.  His focus is on stage management research: he conducts the biennial Stage Manager Survey (www.smsurvey.info) which is expanding overseas this year and is an active member of the Legacy Project (Standing in the Dark podcast series). David writes the Stage Manager Kit blog for Stage Directions Magazine. 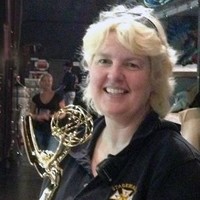 An IATSE stagehand for over 25 years working concerts, live theatre, expos, and film, Kristi joined Actors Equity as a stage manager in 2011. She’s stage managed for musicals, plays, operas, Theatre for Young Audiences, industrials, and even an appearance by His Holiness, the Dahli Lama. She toured North America with Mamma Mia, War Horse and Priscilla, Queen of the Desert. A former K-12 music/drama teacher, she was also Production Stage Manager at the University of Wisconsin – Madison and taught stage management classes. A member of USITT, she is currently the president of the Alliance for Wisconsin Theatre Education, Vice-President of IATSE Local 470, and Quality/Customer Advocate for Arrow AV Group. 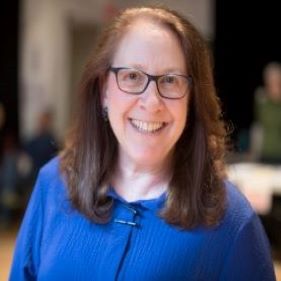 Cheryl Mintz is in her 29th season as the Resident Production Stage Manager at the Tony Award winning McCarter Theatre in Princeton NJ, with 90+ productions and 100+ workshops for McCarter Theatre, including the world premieres of Christopher Durang’s Tony Award winning Vanya and Sonia and Masha and Spike, Nilo Cruz’s Pulitzer Prize winning and Broadway production of Anna in the Tropics, Tarell Alvin McCraney’s The Brother/Sister Plays, and 35 productions with Artistic Director Emily Mann.  Cheryl has enjoyed 13 collaborations with Maestro Gian Carlo Menotti and the Spoleto Festival USA and Italy, and has stage managed 40 operas and musicals, three tours, and three PBS telecasts for New York City Opera at Lincoln Center.  Cheryl has six Broadway shows to her credit, is a contributor to the 4th edition of Sound and Music for the Theatre; The Art & Technique of Design, currently conducts master classes/guest speaker for numerous university programs, received the New Jersey Theatre Alliance’s Applause Award, and is named a SUNY Notable Alumni in the Arts.  Cheryl has been a member of the Stage Managers’ Association since 1986, and was an Executive Board Member from 1994-2009, serving as the NYC events and 25th Anniversary Chair.  Cheryl is the current Chair of the Del Hughes Award committee and event, and serves on the SMA Financial Oversight Committee.  MFA: Yale School of Drama. 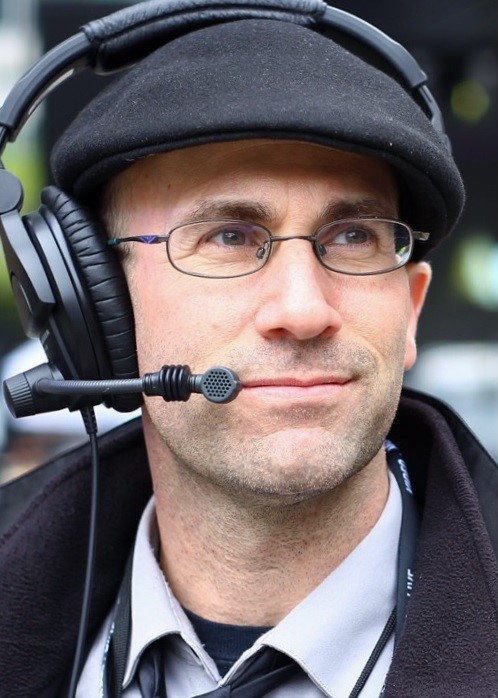 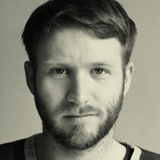 Anthony O. Bullock is originally from Oklahoma where he went to Oklahoma City University and holds a BFA in Theatrical Design and Production with an emphasis in Stage Management. After leaving Oklahoma he has worked regionally over the east coast most notably at McCarter Theatre, Williamstown Theatre Festival, Shakespeare & Company, The Philadelphia Shakespeare Theatre, Passage Theatre Company, Bristol Riverside Theatre, Arena Stage, Center Stage, Studio Theatre, and in NYC at Classic Stage Company. He was honored to also be apart of The WuZhen Theatre Festival in China with Mary Zimmerman’s The White Snake, traveling with The Goodman Theatre. You can find an article he wrote about his experiences in China on the SMA website. He currently lives in Washington, D.C. with his lovable dog Cooper. He is looking forward to representing the SMA in the eastern region.

JOSEPH DRUMMOND is a retired Production Stage Manager after 42 seasons with Goodman Theatre in Chicago, where his credits included over 130 productions, The Iceman Cometh (also at BAM), Death of a Salesman (also on Broadway in 1999 and at the Ahmanson Theatre, and Glengarry Glen Ross (also on Broadway in 1984). Taught Stage Management at Roosevelt University in Chicago. 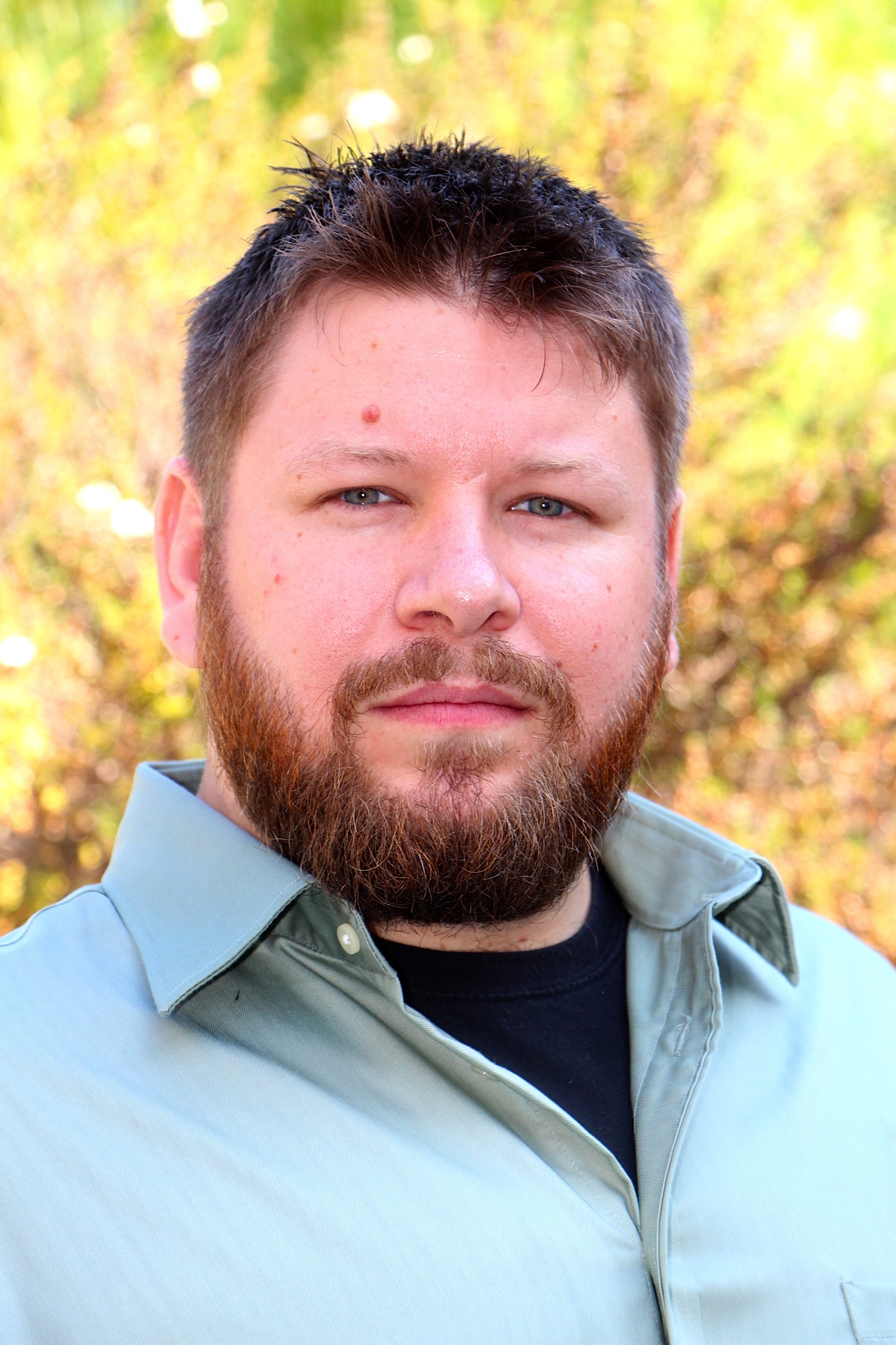 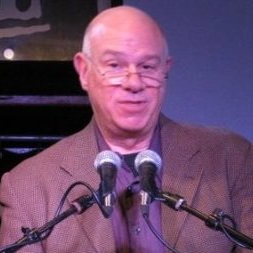 Born and grew up in the Bronx, raised by parents were also native New Yorkers. Graduated from St. Ann’s, Regis High School in Manhattan, and Fordham University at Rose Hill (The Bronx) with a BA in Mathematics.

Taught math for a traveling high school, then worked as a computer programmer for IBM in Westchester, where he became involved with theater for the first time.  “Retired very early” from IBM and spent 2 years training as an actor at the Neighborhood Playhouse School.  Satisfaction and happiness eluded him until a director friend, Kent Paul, encouraged him to try stage managing.  He bought Bert Gruver’s book, The Stage Manager’s Handbook, and he learned as he went.

Many triumphs and mistakes later, Rich counts himself very lucky to have a career that has taken him to lots of wonderful places, geographically and artistically, including Cleveland, Ohio, – 11 seasons at Great Lakes Theater Festival.  There he met three people who have had a great and lasting influence on his personal and professional lives – Gerald Freedman, the Artistic Director; Hal Holbrook, with whose Mark Twain Tonight! he’s been touring for over 16 years; and Randy Wilcox, who’s been his partner in life since early 1992 and husband since Nov. 3, 2013.  They live on the Jersey shore and love their travels, the most fabulous of which were their 18-day honeymoon to Hawai’i – 4 islands in a tent – and a month in New Zealand.  Paradise!!

Rich’s resume includes 7 Broadway shows, plus countless showcases, off-Broadway, regional, touring, event and “other” productions over the past 35 years.

Rich is very proud of, and grateful for, his association with the SMA, for through it he has made many, many friends across the country. 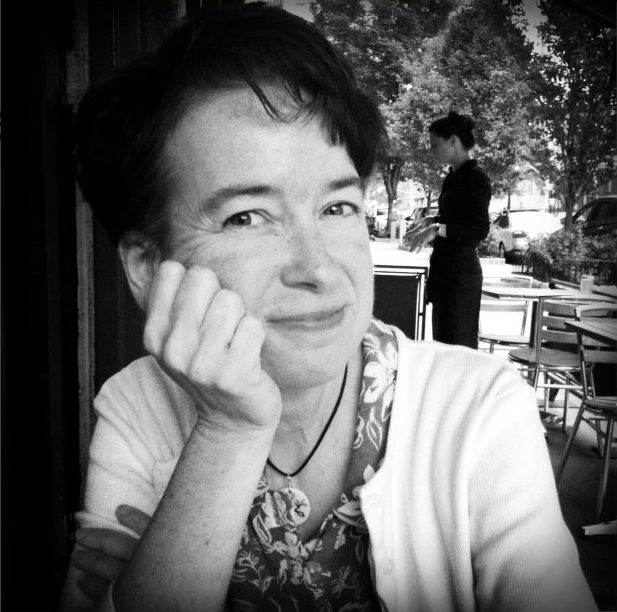 Marguerite Price has been a member since 2000 and a full-time stage manager since 1988. Margie is the Production Stage Manager at Delaware Theatre Company and is a proud member of Actors’ Equity Association. She lives near Philadelphia, PA with two cats. In her free-time she makes handmade envelopes often with theatrical themes.

To connect stage managers on a national basis, the SMA has created a cohort of Vice Regional Representatives across the country. In addition, our International Relations Committee is populated with several stage managers and stage management organizations across six continents.